The Persistence of Dutch in America

The Persistence of the Dutch Language in America

To hear Americans complain that many Spanish-speaking immigrants are “refusing” to learn English just adds to the evidence that the “United States of Amnesia” is an apt nickname for this country. Rarely has any immigrant group given up its natal language in fewer than two generations. Historically, several of America’s most significant ethnic groups held onto their “mother tongue” for far longer. I grew up in Bergen County, New Jersey, which touches the Hudson Valley region originally settled by immigrants from the Netherlands—the Dutch—so let me start with them. 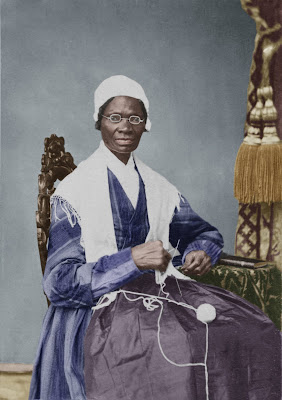 In 1624, the Dutch established New Amsterdam at the southern end of Manhattan Island. The English took the colony from the Netherlands in 1664. Nearly a hundred years later, the Dutch language was still being spoken in the Hudson Valley “fairly extensively,” according to historian John Higham. One history of New York, published in 1756, stated that "the sheriffs find it difficult to obtain persons sufficiently acquainted with the English tongue to serve as jurors in the Courts of law."
Before the Revolution, newspapers regularly carried advertisements for the sale of indentured and enslaved people. Sometimes, bounties were offered for runaway captives. These notices often indicated the runaway’s proficiency in Dutch. In fact, the famous abolitionist Sojourner Truth, born around 1797 as Isabella Baumfree, spoke Dutch as her first language. Truth had grown up on a farm in the Hudson Valley only a few miles away from Kinderhook, the birthplace of Martin Van Buren. Born in 1782, Van Buren would become America’s eighth president. 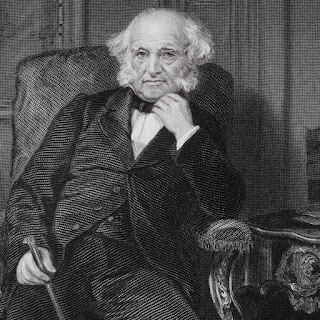 Despite his family having lived in America for five generations, Van Buren grew up speaking Dutch. He was our first president to speak English as a second language, but his immediate predecessor, Andrew Jackson, was raised in a household where Gaelic may have been spoken. Jackson’s parents were immigrants from Ireland. In an early instance of “birtherism,” his critics slandered Jackson as having been brought to America as an infant and not actually born here. Had this been true, Jackson would not have been constitutionally eligible to become president.

More than a century after the English had taken control over the colony of New York, local communities operated schools offering instruction in Dutch, but English schools were displacing them, prompting geographer Jedidiah Morse to predict that the Dutch language would likely disappear “in a few generations.” Morse was not far wrong. While English had generally displaced Dutch by the beginning of the 1800s, visitors to the Hudson Valley were still commenting that Dutch had “corrupted” the English spoken there, and old people in a few northern New Jersey communities were said to speak a peculiar dialect called “Bergen Dutch.”

Of course, “Dutch” is also what many Americans called immigrants who spoke German, such as the “Pennsylvania Dutch” who came from Switzerland. Today, more Americans trace their ancestry to Germany than from any other country. How German-speakers actively sought to keep the mother tongue alive in America is perhaps the best example of immigrant language preservation and a story for another time.